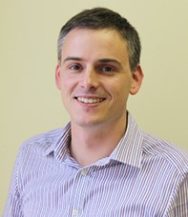 Dr Purshouse is a Reader in Decision Modelling and Optimization at the University of Sheffield. His research interests include modelling, analysis and optimization for supporting decision-making, with a particular focus on helping to improve how we identify and choose between possible solutions to a problem. He leads the interdisciplinary ‘CASCADE’ project, funded by the National Institutes of Health, which aims to build systems-based, theory-driven models of alcohol use dynamics in the US. He also develops methods for robust and distributed multi-objective optimization applied to the design of complex engineered products.

Dr. Purshouse received a MEng degree in Control Systems Engineering in 1999 and a PhD in Control Systems in 2004 for his research on evolutionary many-objective optimization. Commercial experience includes Logica plc (1999-2000), PA Consulting Group (2003-2007) and Rolls-Royce plc (2007-2008). He returned to the University of Sheffield in 2008 – initially as a Research Fellow in the School of Health and Related Research and, since 2010, as a Lecturer in the Department of Automatic Control & Systems Engineering. Dr. Purshouse was a principal architect of the Sheffield Alcohol Policy Model, alongside Alan Brennan, Rachid Rafia, and Petra Meier. He was the holder of an ESRC Future Research Leaders grant award (October 2012 – September 2014) and was General Chair of the seventh international conference in the world-leading series on Evolutionary Multi-Criterion Optimization (EMO) held in Sheffield in March 2013.  Through his role as Lecturer at the University of Sheffield, Dr. Purshouse is committed to providing students with a systems perspective on both the science and art of mathematical modelling through introduction to discrete, stochastic and hybrid systems, and their practical applications to complex health and social problems including pharmacoeconomics of HIV treatment options and understanding alcohol consumption behaviours.