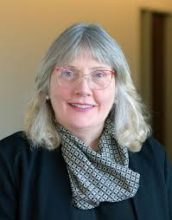 Dr Mabry is a Senior Research Scientist with the HealthPartners Institute with strong interdisciplinary skills and experience in behavioral and social science, population health, and systems science methodologies. Her primary research areas include the use of modelling and simulation to understand health and health inequalities, to support policy and clinical decision making in complex environments (e.g., development of policy simulators), and the use of network science and artificial intelligence (AI, including machine learning and deep learning) to understand and improve healthcare delivery, biomedical research, and population health. She is currently leading a project to develop a simulation model and decision support tool to improve colorectal cancer screening rates among health plan members. She is also collaborating on several NIH proposals to model the implications of various tobacco policy scenarios.

Prior to joining the HealthPartners Institute, Dr. Mabry held positions with the Indiana University Network Science Institute (IUNI) and School of Public Health (Bloomington campus) where she fostered interdisciplinary research in network science. For over 13 years, Dr Mabry held various positions within the National Institutes of Health (NIH) in the US. She worked in an intramural research lab (Clinical Psychobiology) at the National Institute of Mental Health, and in the Tobacco Control Research Branch at the National Cancer Institute. She spent over 8 years as a senior advisor in the Office of Behavioral and Social Sciences Research (OBSSR) and was also a senior advisor in the Office of Disease Prevention (ODP). At NIH she led strategic priorities in, (i) the development of a portfolio analysis tool based on machine learning to deeply characterize NIH investments in prevention research, and (ii) promotion of more routine use of advanced tools and methods for research, including advancing adoption of systems science methods by behavioral and social scientists. She led funding announcements in transdisciplinary research, methodology and measurement, and systems science. She co-founded and co-led the annual Institute on Systems Science and Health (ISSH), and she co-led Envision, a network of computational modeling teams focused on policy interventions to combat obesity. She also collaborated on the development of a population-level framework and simulation model of the tobacco cessation process. Before joining the federal government, Dr. Mabry held a faculty position in the Department of Psychiatry and Behavioral Sciences at the Medical University of South Carolina and was a research investigator in private industry.

Dr. Mabry has published, presented on, and/or served as guest editor on a range of topics including: reproducibility, big data, systems science, transdisciplinary research, obesity, tobacco control, diabetes, and mood disorders. Her work has been published in Science, the American Journal of Public Health, the American Journal of Preventive Medicine, Nicotine & Tobacco Research, PLoS Computational Biology and the 2014 Surgeon General’s Report on . She has delivered 150 scientific presentations including keynotes and six presentations to the National Academy of Science, Engineering, and Medicine. She was a member of the group awarded the Applied Systems Thinking Prize in 2008, and has been recognized with over a dozen awards for federal service (2004-2015). She is a Fellow of the Society of Behavioral Medicine and has been an active contributor to the annual International Conference on Social Computing, Behavioral-Cultural Modeling, & Prediction and Behavior Representation in Modeling and Simulation (SBP-BRIMS), including as Conference Chair (2010). She currently sits on the National Advisory Board for the Robert Wood Johnson Foundation’s Systems 4 Action program and was recently appointed to the Steering Committee for a $5M project, Systems-science Informed Public Health Economic Research for Non-communicable Disease Prevention Consortium (SIPHER) awarded to the University of Sheffield. Dr. Mabry holds a Ph.D. in clinical psychology from the University of Virginia.